Your basket is empty.

The Keeper of the Crown. Inspiration comes from the art of Heraldry, the custom that emerged in Europe in the course of the twelfth century to decorate knights’ armor with symbolic representations, so-called emblems from which the coat of arms later emerged. Used materials are among others sterling silver, mother-of-pearl, pearls, hand embroidered parts, horn, onyx and agate. 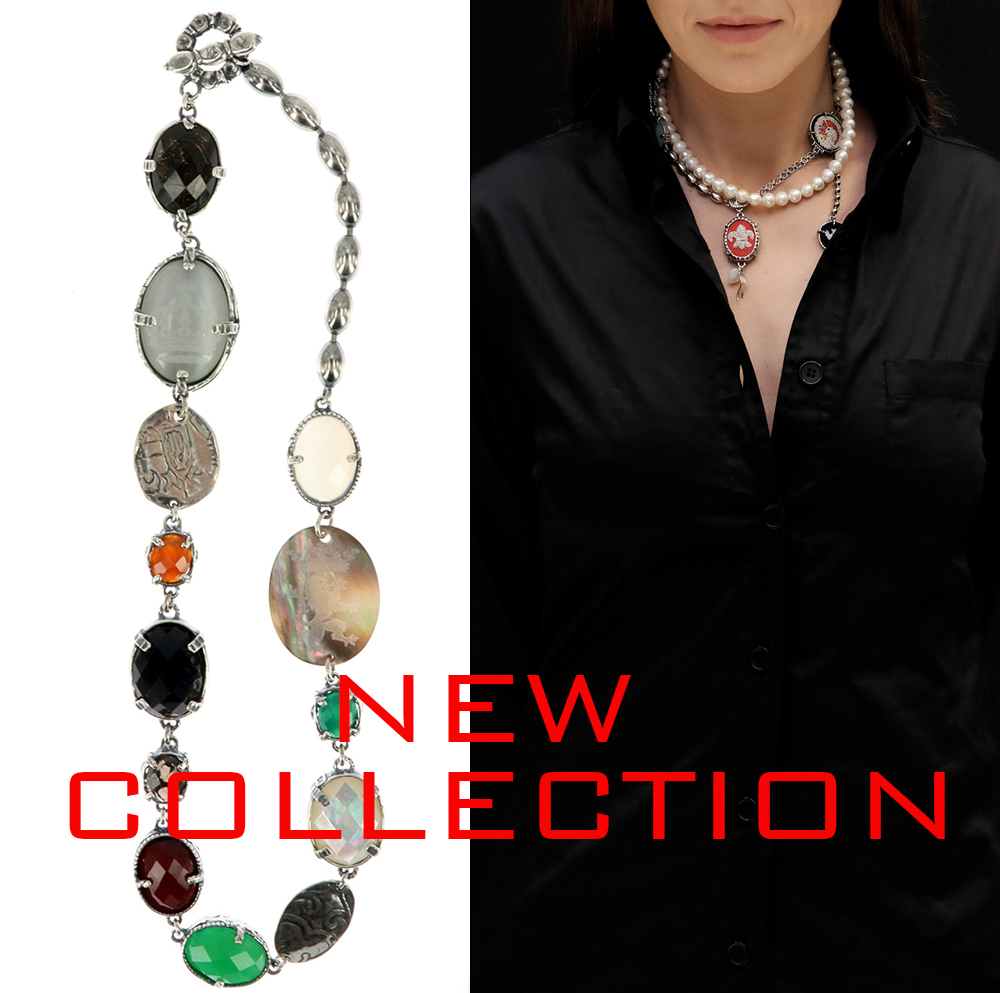 The jewellery of Gem Kingdom can be characterized by the use of symbols. In the quest for the soul of the designs, inspiration is found in the ancient science of Alchemy. Centuries ago scientists tried to understand the elements of nature, and in search of the recipe making gold, materials were merged and solved. In this exercise myths were born and artists inspired even until now. Elements used are from the early years from Gem Kingdom mixed with new parts and materials consisting of sterling silver, mother-of-pearl, beautiful cameos and many more.